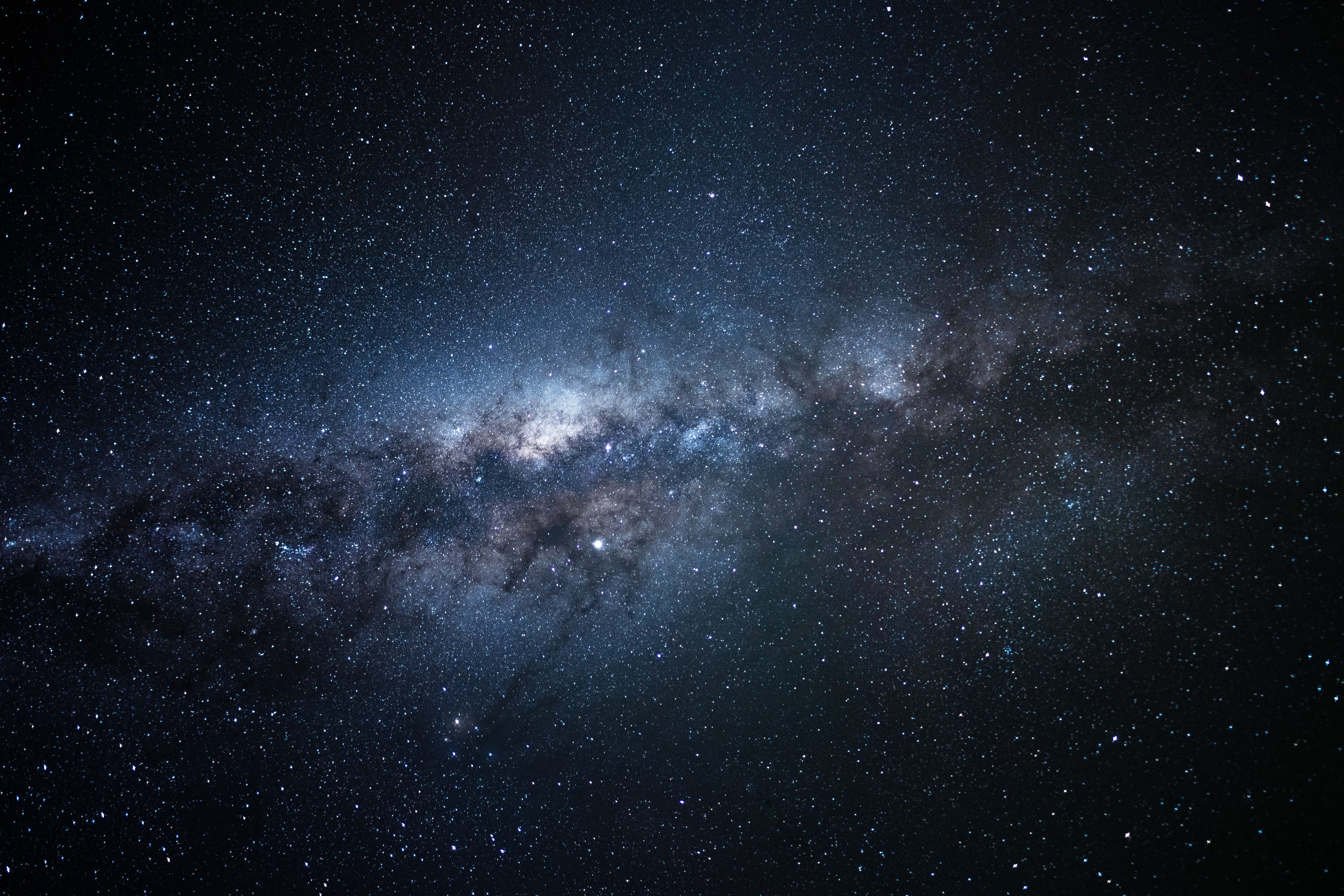 Richard Branson, the famed founder of the Virgin Group, is well-known for his adventurous, risk-taking, innovative attitude as an entrepreneur. Over the course of his career, he’s ventured into every imaginable sector: music, telecommunications, travel, publishing, and hotels. But, more recently, he’s pushed the boundaries even further by focusing on a new endeavor: commercializing space travel with his company, Virgin Galactic.

In 2004, two years after Elon Musk founded his space transportation company, SpaceX, Branson launched Virgin Galactic. Similar to Musk, the company’s vision is one of long-term human sustainability and space exploration. However, Branson’s form of space travel is designed more for short-term, commercialized travel. For example, the price of a voyage with Virgin Galactic costs about $250,000 for a 3-hour ride to the barrier between Earth’s atmosphere and outer space. The starting bid for a 10-day SpaceX trip costs $50 million. Furthermore, Musk’s spacecraft are more geared for transportation services and interplanetary exploration. For this reason, the two aren’t necessarily direct competitors because their business models serve different purposes.

Additionally, unlike SpaceX, Virgin Galactic (SPCE) is a publicly-traded company. In 2019, it became the world’s first commercial spaceflight business on the New York Stock Exchange. This news turned many investors’ eyes toward the skies. Nevertheless, the shares in SPCE have experienced significant highs and lows. This, along with prolonged launch dates, has caused many to waiver in their belief in the company’s profitability.

Find out more about the company below, a brief history of the business’s top achievements, and the latest news on Virgin Galactic stock.

What is Virgin Galactic

Virgin Galactic is a space transportation company that plans to provide commercial suborbital flights as soon as 2022. Flights will launch from Spaceport America, located in New Mexico’s Jornada del Muerto Desert basin, and take passengers near the Kármán line, the barrier between Earth’s atmosphere and what we consider outer space. This will be accomplished with WhiteKnightTwo, a jet aircraft carrying the spaceplane, SpaceShipTwo. Once the jet reaches an altitude above 51 miles, WhiteKnightTwo will release SpaceShipTwo to descend back to Earth. This particular aircraft uses a feathered reentry system which reduces the plane’s speed of reentry into Earth’s atmosphere. The flight will be completed when the plane lands back at Spaceport America.

The Mission and Purpose of Virgin Galactic

The mission of Virgin Galactic is to make space accessible for all of mankind. Guided by founder Richard Branson’s adventurous spirit, the company offers an exceptional travel experience for like-minded thrill-seekers. For thousands of years, people have looked to the stars and dreamed of what life is like up there. Virgin Galactic is now ready to make that dream a reality. Additionally, Branson’s mission involves a heightened appreciation for planet Earth. A well-known advocate of environmental sustainability, he is quoted as saying, “Every single astronaut who has come back from space comes back determined to do more to protect it.” Undoubtedly, he hopes that the experience of looking down at the planet will cause people to gain a passion for this particular cause.

The brief history below shows how Branson has pushed Virgin Galactic closer to achieving its mission and purpose. See how his vision for commercialized space travel has transformed into a reality over the last few decades.

Richard Branson tells NPR in an interview, “In 1990 I read the name Virgin Galactic Airways. Loved the name. And set out to try to find an engineer or rocket scientist in the world who could build a safe, reusable rocket that could take people to and from space and we could start a whole new era of commercial space travel.”

Founder of the XPRIZE Foundation Peter Diamandis offers a $10 million reward to any team that can develop the world’s first privately-built and crewed reusable spaceship. Upon hearing the news, aerospace engineer and founder of aerospace company Scaled Composites Burt Rutan enters the competition.

Branson registers Virgin Galactic as a company. Virgin Atlantic spokesman Paul Moore tells Bloomberg News, “Virgin employees have been researching the feasibility of offering space flights for about $100,000 each, as soon as 2009.”

Microsoft co-founder Paul Allen backs Rutan’s team with $28 million dollars. The two agree to develop SpaceShipOne together as Mojave Aerospace Ventures in the hopes of winning the XPRIZE.

Branson launches Virgin Galactic and announces he has partnered with Mojave Aerospace Ventures to license the technology used for SpaceShipOne. Also, he reveals that Rutan’s company Scaled Composites will build Virgin Galactic’s fleet of spacecraft. Shortly after this announcement, SpaceShipOne reaches an altitude of 367,442 feet during flight and wins the XPRIZE.

An explosion kills three employees and injures another three while conducting propellent flow testing on SpaceShipTwo.

The company successfully achieves its first “powered flight.” After this accomplishment, former CEO George Whitesides said in a statement, “The successful outcome of this test marks a pivotal point for our program . . . We will now embark on a handful of similar powered flight tests, and then make our first test flight to space.”

VSS Enterprise crashes in the Mojave Desert, killing co-pilot Michael Alsbury. Also, pilot Peter Siebold was seriously injured after deploying a parachute as the space vehicle broke up around him. The incident makes headline news as the National Transportation Safety Board (NTSB) investigates the cause of the accident.

After nine-months, the NTSB finds that human error, lack of proper systems training, and the system design itself were the cause of the VSS Enterprise crash.

Virgin Galactic (SPCE) becomes a publicly-traded company on the New York Stock Exchange. As a result, this historic moment allows investors a unique opportunity to invest in commercial space travel.

While the company said flights to space would begin in 2020, Virgin Galactic did not meet this goal. As VSS Unity undergoes more test flights, delays continue due to maintenance updates, enhancements, and an electromagnetic interference issue. The business moves its headquarters to Spaceport America located in New Mexico and partners with NASA in the hopes of developing aircraft that support hypersonic point-to-point travel.

In February, Virgin Galactic announced its fourth-quarter results. Much to investors’ disappointment, the business announced a delay in testing SpaceShipTwo. The news dropped the price of the company’s stock by more than 10 percent. As of 2021, they now aim to launch their first commercial spaceflight at the beginning of 2022. There are two more test flights to conduct before tourists can board the first Virgin Galactic voyage to see what Earth looks like from above. Upon successful completion of these tests, Richard Branson himself will be on the first commercial flight to space to kick off a new era in human exploration and travel.

There’s something admirable about a business pursuing a completely novel endeavor. If, or rather when, Branson succeeds, he’ll open the doors to a new industry: space travel and tourism. Despite Virgin Galactic’s succession of obstacles, investors who believe this type of travel is the way of the future still see money-making opportunities. Early adopters who buy SPCE stock could find share prices exponentially rising in the coming years if Branson pulls off his mission.

It goes without saying, however, the business needs to work through its commercial space flight delays as quickly as possible. 2020’s Q3 and Q4 results show the company is not generating revenue. Nevertheless, in February 2021, SPCE stock surged in anticipation of Virgin Galactic’s latest test flight. Unfortunately, though, the February flight did not happen. Instead, the business revealed more delays in the business’s Q4 report, causing a drastic drop in SPCE’s price.

Those looking for short-term gains will need to keep an eye out for the latest news concerning Virgin Galactic because the value of SPCE stock is directly tied to their progress in making commercial space travel a reality. The closer Branson and his team get to achieving this objective (without error), the more likely it will be for investors to see larger returns. For example, CNBC reports the Morgan Stanley forecast that hypersonic travel will be an 800 billion dollar industry by 2040. While no one can predict exactly when Virgin Galactic will launch this service, they’re certainly paving the way for a new mode of travel. It might not be a bad idea to get on board before the jet departs.